How to Help Your Child to Thrive

In most cases, people in heavy vehicle licence training don't fail their practical tests as a result of not knowing how to drive but rather as a result of their inner thoughts during the test.

Here are some of the most common reasons why students fail the heavy vehicle licence assessment.

Over thinking why the instructor is so different during the test

During training, instructors are very approachable, conversational and hands-on with their students. However, instructors have two jobs. One job is training a student while the other is assessing if the student has understood what they learned during training. While in the assessor's mode, instructors may get more serious and seem indifferent, which can make students uncomfortable because they do not understand the sudden change of demeanour.

When taking any test, your teacher won't converse with you or provide answers during the assessment period. If you are undertaking the truck licencing test, expect your formerly friendly instructor to be less forward or withdrawn.

All heavy vehicle assessment tests get recorded for further scrutiny by other assessors to make sure the students are fully qualified to receive a truck licence. Most students are not aware of this, and when they find a camera directed at them, they become a lot more self-conscious of their actions.

When you realise someone is watching your every move, a little tension is likely to build up because you are afraid you will do something wrong. When a student becomes over cautious due to the presence of the camera, their thoughts get directed to how not to make a mistake instead of focusing on the test. As a result, they take the practical test with a troubled mind which makes them make mistakes they normally wouldn't.

Even if the camera is in your face, understand that it's just for recording purposes and the only person watching you in real-time is your assessor.

A heavy vehicle licence test assesses not only a student's ability to drive a truck but also their ability to make checks on various aspects that could affect their driving. Before a student gets behind the wheel for the test, the instructors make certain alterations to the vehicle, expecting a student to check and rectify them.

Some of the alterations may include reducing the pressure of some of the tires and neglecting to refill the truck's fluids. As part of the test, a student is expected to make some of the checks before they sit behind the wheel and the rest need to get rendered on the test route depending on whether the student detects something wrong while driving. Irrespective of how well you can drive, if you fail to perform the checks accordingly, you will fail the test. 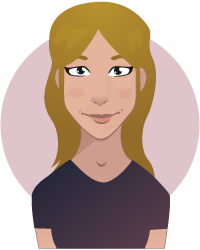 Hello, my name is Rita. I have two small children. Children are so important. It is wonderful to watch them grow and develop. I want my children to have the best possible start in life, so I place a lot of importance on their education and development. I have signed them up to pre-school classes which will help them to develop their language and social skills. I also invested in a little library of children's books so they get used to spending time reading and being read to. I decided to start this blog to help other parents who want the best for their children.